In the last year, I’ve gotten more into the music of Taylor Swift than I ever did when I was a teenager. As much as I loved crying to The Way I Loved You at age fourteen, my tears ricochet hits deep at age twenty-one. The range of emotions Swift makes listeners feel is unmatched. That was why I was so drawn in when I saw that Melissa Fabello was hosting Darling I’m a Nightmare Dressed Like a Daydream, a workshop about looking at intimate partner violence (IPV) through the lens of Swift’s lyrics.

Fabello is a feminist wellness educator who holds a PhD in Human Sexuality Studies. At the workshop, she explained that she had previously taught about how to use media literacy to look at IPV, and had now revamped it to revolve around Taylor Swift lyrics. All eight of the songs we would be using were songs I loved, and I felt ready to unpack the normalisation and romanticisation of ‘screaming and fighting and kissing in the rain.’

It had been over a year since I had attended a workshop about IPV, and even when I was cuddled up safe in my bed, it was really jarring to hear the statistics. I hadn’t known before that IPV accounts for 15% of all violent crime, and that it takes an average of seven times for someone to leave their abusive partner “for good.” I’m going to carry that figure with me for a long time. Looking back on it, I don’t think Swift ever sings about being physically hurt by a partner, and that’s precisely why it’s so important to keep talking about the fact that IPV encompasses so much more than just physical violence.

When speaking about these different forms of abuse, Fabello was quick to mention the line ‘I threw my phone across the room at you.’ This line may be dismissed by some people as “not that bad” since it isn’t physical violence in the same way as a punch or a slap, but in reality the act in this line is still meant to control someone. Throwing things in order to establish physical dominance, whether or not you mean them to hit your partner, is abusive. In fact, many of the lines in Stay Stay Stay are indicative of an unhealthy relationship. The man in the song even walks in ‘wearing a football helmet’, presumably due to fear of violence after he’s had a phone thrown at him. Other lines in the song point to the woman (presumably Swift) not being taken seriously by her partner: ‘You think that it’s funny when I’m mad, mad, mad.’ Stay Stay Stay wasn’t actually one of the eight songs the workshop participants analysed, but the ones we looked at had just as many signs of unhealthy, and even abusive, relationships.

Unhealthy relationships, abuse, and IPV are all normalised and romanticised in our culture. Despite her status as a high-profile artist who sings about unhealthy relationship patterns, this certainly isn’t Swift’s fault. If anything, it just proves that even Swift is affected by this normalisation. Fabello explained that the normalisation of dating violence and IPV goes as far as to suggest that this isn’t just okay, but is actually ideal. There are hundreds if not thousands of movies where stalking is romanticised – the Netflix show You shows up in the romance category. What’s more, stalking is hugely difficult to prove, especially if it’s being masked with romance, like bouquets being left on your car.

Fabello noted that the songs she had us look at aren’t necessarily indicative of dating violence, but the workshop was about how Swift’s lyrics reinforce unhealthy relationship behaviours as normal. Coming back to The Way I Loved You, a reason I loved that song so much as a teen is that I thought ‘screaming and fighting and kissing in the rain’ was indicative of how much someone was willing to go through in order to work through a relationship. Hearing something like “I love him, but there isn’t enough drama in the relationship” is so normal, and it shouldn’t be. There’s playful joking and teasing within boundaries that people are comfortable with, but the ‘screaming and fighting’ so obviously isn’t that.

The breadth of the eight songs really struck me, and goes to prove how pervasive and multi-faceted IPV can be. Swift now denounces Better Than Revenge, and she allegedly wrote my tears ricochet about losing the masters of her recordings. She conceptualised this through the lens of a divorce. ‘I can go anywhere I want, anywhere I want, just not home’ hits different when you conceptualise ‘home’ as the home you used to live in with a partner, or a relationship with a partner that used to feel like home, but no longer does.

I analysed tolerate it, and there was plenty to dig into from an IPV lens. Firstly, the point-of-view character in the song is doing everything she can to please her partner, and is being met with nothing more than tolerance. What happens if she slips up at all? Does the tolerance turn to something worse? The line ‘I notice everything you do or don’t do,’ stood out to Fabello as “the hypervigilance a survivor of abuse would have.” In addition to this, ‘use my best colours for your portrait’ continues the theme of going above and beyond to make your partner happy, or even just for them to notice you. It reminds me of an unhealthy familial relationship between a father and daughter, but there are many parallels with an unhealthy romantic relationship too.

Fabello often made reference to “track five”, which is the space Swift reserves for the saddest song on each of her albums. One of these track five’s was Dear John, which is allegedly (pretty much definitely) written about John Mayer, and is a song that Swift will no longer perform. One of the hardest hitting but most innocuous lines, to me, is ‘The girl in the dress cried the whole way home. I should’ve known.’ It’s so common for a survivor of abuse to tell themself “I should’ve known,” and this gets even more complicated when combined with the mentality of “But I can change him!”

We took a quick segue into Media System Dependency Theory, and learnt that in order for media to be effective, it has to impact our emotions and the way that we behave. Then, since we behave and think this way, it shows up again in the media we produce, and becomes a cycle. Media creates an idea of what’s normal, so the lyrics of a song are in fact extremely impactful, especially when we listen to it so many times that we have the lyrics memorised.

The grand finale of the workshop was a group viewing of the music video for Blank Space. I was so excited for this, since Blank Space is the IPV Taylor Swift song. There are big parallels between the lines ‘And you’ll add my name to your long list of traitors who don’t understand // And I’ll look back and regret how I ignored when they said “run as fast as you can”’ from Dear John and ‘got a long list of ex lovers, they’ll tell you I’m insane’ from Blank Space. I was ready to get into this. Fabello had the workshop participants watch the video over Zoom and type as many examples of abusive behaviour into the chat as they could, if they could either see it in the video, or hear it in the lyrics. The chat was, predictably, wildfire. There was obsession, jealousy, screaming, physical intimidation, and many other things pointed out. I was very glad to remember that Swift essentially wrote this song as a joke after seeing how the media portrays her, and leaning into the character she’s boxed into.

Personally, I am now clamouring for a media literacy workshop based on Olivia Rodrigo’s SOUR, and I’m so glad that there will be further iterations of this Taylor Swift workshop. If anyone gets the chance to go to this workshop when Fabello runs it again, you should totally go. You’ll definitely learn even more than I did. 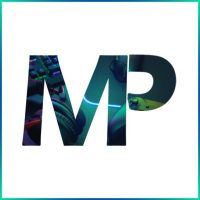 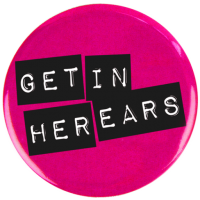