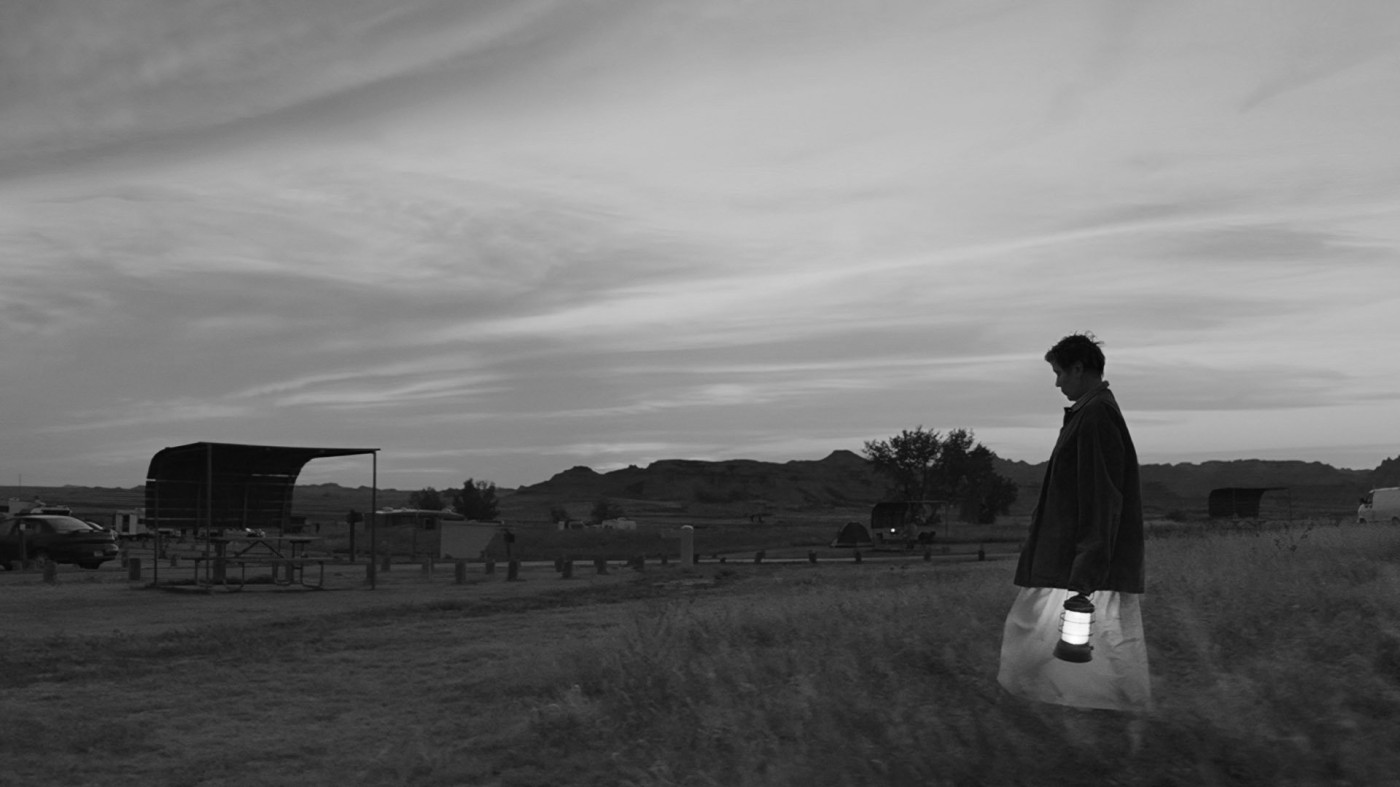 “I am not homeless, I am houseless,” says Fern in Nomadland, the 2021’s Academy Award winner for Best Picture, adapted from Jessica Bruder’s novel Nomadland: Surviving America in the Twenty-First Century.

In a style where the line between fiction and documentary is purposefully blurred, Nomadland explores the lives of people who have chosen the discomfort and yet freedom of the open road over a settled life that has betrayed them and left them behind.

As the film starts, we are immediately catapulted into the harsh reality of the protagonist: she is alone, she is poor, she isn’t young anymore, she travels in a van…she lives in it.

Everywhere Fran goes she looks detached and lonely, yet her pride and dignity shine so bright that we instinctively respect her silence and come on board to follow her journey.

Nomadland brought home two more striking awards this year, as Chloé Zhao is the second ever female director to win an Oscar and Frances McDormand lifts her third as Best Actress. Even before knowing what the film was about, what caught my attention about Nomadland were Zhao’s words at the Oscar awards ceremony: “This is for anyone who has the faith and the courage to hold on to the goodness in themselves and to hold on to the goodness in each other, no matter how difficult it is to do that”.

If there’s something that the current global pandemic has clearly shown us, it’s how much solidarity can spring from people’s hearts when we are all in the same place, facing the same struggles. Not charity, but sharing – genuinely and openly – the things we have for the benefit of everyone. Nomadland talks about this solidarity, friendship, openness, mutual help – coming from people who have close to nothing towards people who have close to nothing themselves. The social commentary aspect of the film is very strong and I was positively surprised to see scenes of barter, a concept that feels intrinsically at odds with the idolised hyper-consumerism exported by the U.S. to every part of the world.

The non-professional actors, who appear before us as themselves, bring us into a reality that exists parallel and intertwined with the schizo-capitalist world we live in. The camper vans stop together on bare land, people meet by the fire, share stories, exchange knowledge, offer the gift of a smile, an old armchair, a bucket of paint. Then they wave each other a goodbye that’s never really a goodbye, but “see you down the road”.

The often-elderly protagonists of Nomadland escaped an end that caught them unprepared, they wriggled free of a society that expected them to disappear into oblivion as their age advanced. Story after story, we learn that they seem to have not worked enough, or that they are staying alive too long to have a place of dignity in the society they struggled their whole lives to fit into. So they hit the road, leaving behind often painful memories and stability to try to find a sliver of freedom and give their lives meaning.

Each of the honest, profound and marked faces in Nomadland have countless stories to tell and so much to teach us. As Fran’s van drives through the never-ending planes of the United States and lights go low, we realise that the nomads we have met have something priceless to teach us with their silence, their non-attachment to material things, and their proud defiance.

I only wish we never, as a society, went so far as to create that toxic and merciless system of values that they are now escaping. Zhao talks about the, “faith and courage to hold on to the goodness”, and I feel her film makes it clear where such goodness lies, as well as showing us, if we didn’t already know, the cruelty of late-stage capitalism.